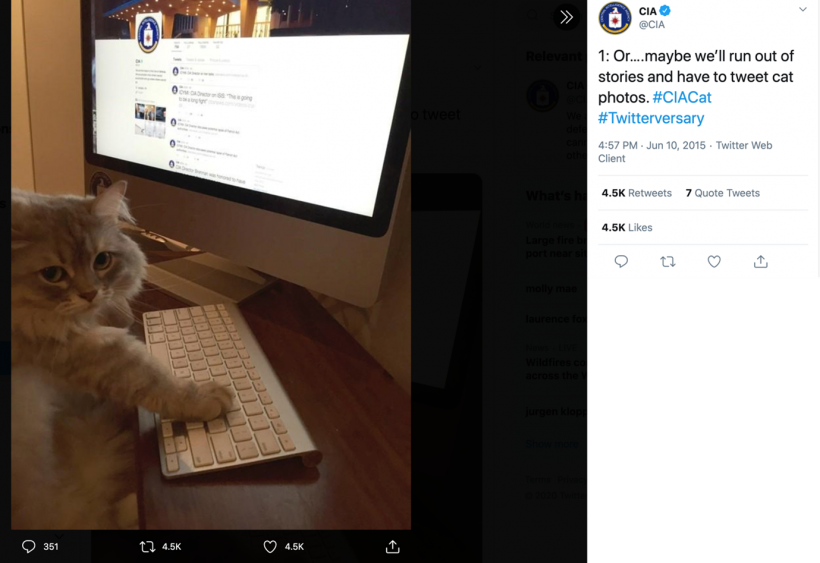 In June 2014, the CIA published their first tweet on the social media platform Twitter. ‘We can neither confirm, nor deny that this is our first tweet’ gained much public and media attention. Since then, the CIA’s use of social media has been described as ‘legendary’, with irreverent tweets such as ‘No, we don’t know where Tupac is’ and ‘Take a peek into our X Files’ demonstrating a humorous side of an institution more commonly associated with espionage, secrecy, and torture. We aim to build upon and further current research by challenging the instrumental view of the CIA as purely using Twitter for PR and recruitment purposes, and contribute a critical analysis of how the CIA’s tweets represent the CIA and construct an identity so as to legitimise certain actions and activities. In doing so we explore the paradox of an institution that deals in secrecy communicating so ‘openly’ online, as well as analysing what they tweet about (history, pop culture and memes) and what is absent (state violence). Our project investigates the communication practices of an intelligence agency to consider what is revealed and what is hidden through a critical interrogation of the CIA’s tweets and audience responses to them, to ultimately consider practices of legitimacy, authority, and power in the digital age.