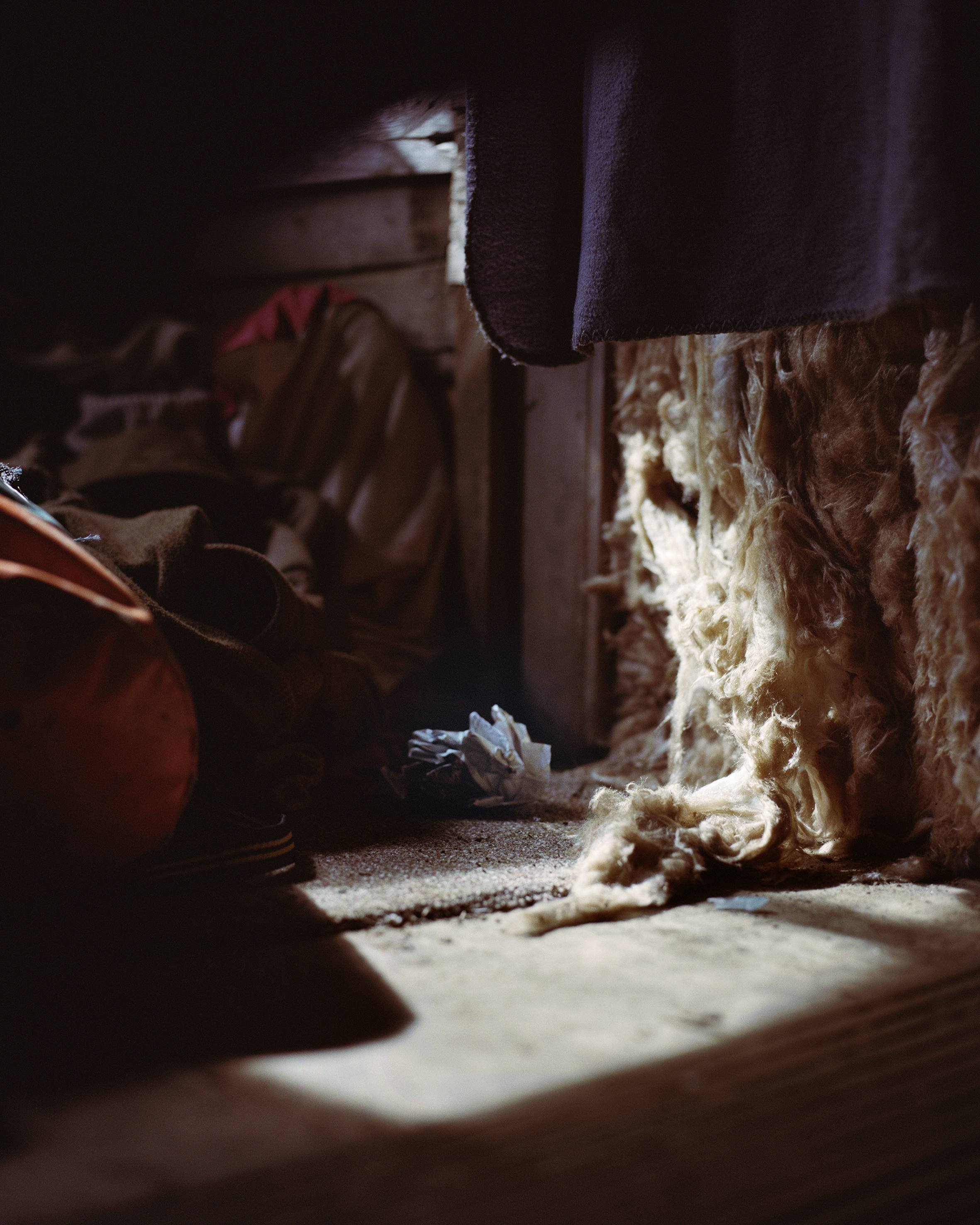 A photographic essay, commissioned by SPIN and the Martin Parr Foundation
Cash’s Pit is the site of ancient woodlands which were occupied for over a year in protest against the building of the HS2 railway on this land. In the final stage of the protest tactics of siege, obfuscation, and obstruction were used; HS2 injuncting the land and fencing in protestors, and protestors disappearing into treetops and into underground tunnels.

These photographs explore the role of secrecy in occupation and resistance movements; detailing the temporal structures that occupy the land; the recycled and repurposed materials used to create a fortress of political resistance, and the ways in which surfaces, structures, and bodies are used as barriers and expressions of opposition.

Postcards of the project are now available for sale at the Martin Parr Foundation Gallery and by contacting SPIN.